10 Things to Consider Before Owning a Nissan Leaf in Malaysia Most electric cars are actually fun to drive and this applies to the Nissan Leaf as well. This is actually due to the heavy battery pack which sits down low beneath the floor. As a result, the car has a low centre of gravity and this greatly improves the driving stability. The electric motor can deliver a high amount of torque from standstill and there is no transmission lag as well. While the Nissan Leaf is not a performance car, the sensation of instant acceleration can be still felt. There are not many cars in Malaysia that can match the low speed acceleration of the Nissan Leaf. Check out our driving review of the Nissan Leaf here.

The Nissan Leaf is a car with a battery pack as its energy storage. Similar to other cars in Malaysia with a battery pack, the resale value will drop at a higher rate. Hybrids and EVs will depreciate quicker when compared to a normal petrol car. This is due to the reason that most Malaysian consumers are still worried about the high cost of a battery replacement. Actually, the battery pack should last for a considerable period based on the records in other countries. Unless the Nissan Leaf comes with a long term battery warranty, Malaysian consumers will still be skeptical to pay a big amount for the battery replacement. Moreover, the amount is not spread over a period of time like a hire purchase repayment. If a battery leasing option is available here, the acceptance level by fellow Malaysians could be higher. 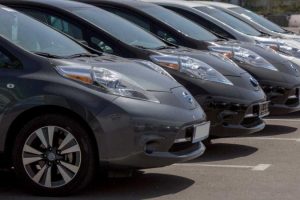 The new 2019 Nissan Leaf Malaysia is coming in with at least 40 kWh of battery capacity. In the real world when compared to the 22 kWh Renault Zoe, the new Nissan Leaf should be able to travel around 250 km in a single charge. This driving range is actually more than enough for the whole day driving within Klang Valley. With about 250 km of real world range for the Nissan Leaf, travelling outside of Klang Valley is possible. With economical driving from Kuala Lumpur, it would not be a surprise if Johor Bahru and Kuantan can be reached on a single charge of the battery. The only drawback from a bigger battery capacity is a longer charging time with the same charging rate. 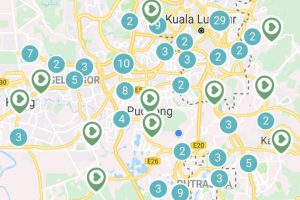 Currently there are more than 250 public charging stations across Malaysia. In fact, the majority of the chargers are situated within Klang Valley. Furthermore, about 40% of the chargers are capable of 32A charging through the Type 2 connector. Since the new Nissan Leaf has a larger battery pack, public charging for daily usage is not really necessary. However, more shopping malls are now providing charging facilities as well as designated parking bays for electric vehicles. Not only this will be convenient for you, topping up the battery while doing your chores would also reduce your home electricity bills. This is due to the fact that most public chargers are still free to use.

One of the advantage of an electric car is the high energy efficiency. For this reason, the electricity cost required to travel a same distance is only a third of the petrol cost for a similar sized car. Not only it is cheaper, your lifestyle will be changing too. When the car is being charged overnight, you will be waking up to a fully charged car everyday. Visiting the fuel pump will be a thing in the past. Public charging is not necessary for daily commute but if a public charger is available at your destination, you can just plug-in your car especially when it is free to use. The cost of charging at home for the Leaf with a 40kWh battery is less than RM 21 per charge. With a real world driving range of around 250 km, the cost per kilometer is about 9 cents. This is based on the highest residential electricity tariff. 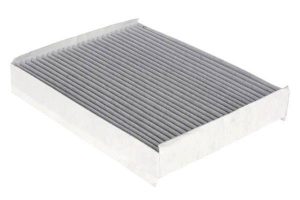 Similar to other electric cars, the Nissan Leaf has low number of moving parts. As a result, maintaining the car is quite straight forward. There is no engine oil that needs to be replaced regularly together with the oil filter and spark plugs. Only wear and tear items such as brake pads and wiper blades would require replacement. However, since the electric car uses a lot of regenerative braking, the brake pads would last for a long time. Other parts which will have to be replaced after a certain period are probably the 12 V lead acid battery and the air-conditioner cabin air filter if applicable.

The Nissan Leaf were brought into Malaysia through the official Nissan distributor. As a result, the Leaf can be maintained and serviced at the official Nissan service centres across Malaysia. In other words, there won't be any worry about parts, tools and specialists required for the upkeep of the electric car. However, some special equipment and technicians who went to specific trainings are only available probably at the headquarter. Other EV models that are officially supported by their local distributors in Malaysia are Renault Zoe, BMW i3S and Mitsubishi i- MiEV. The after sales support for EV like Tesla is not available yet locally. One of the major contributor to the longevity of the EV battery is keeping the battery within the optimal temperature range. Sadly, the Nissan Leaf does not have an active battery temperature management system which regulates the temperature especially during charging and driving. Without the system, the battery lifespan can be adversely affected by extreme temperatures. Active thermal management is important especially if you are using fast charging frequently and during long distance travelling for example. However, with a larger battery pack, most of the destinations within Malaysia is reachable on a single charge. As such you would not need to use the DC fast charger frequently. Furthermore, such DC fast chargers are still quite rare in Malaysia.

Since the Nissan Leaf is a fully imported model, spare parts for the car would not be as common as any other petrol car. As such, the potential buyer should not expect that the spare part pricing would be similar to a similar sized petrol car. Furthermore, the Nissan Leaf is probably using some parts which are not shared with other Nissan models. This is because the car has been designed as an electric car from the beginning. Due to this reason, some of the parts might not be in stock locally and will be ordered from the country of origin if needed. As a result, the repair time for certain issues might take longer due to shipping delay of the parts. However since an electric car has less moving parts than a normal petrol car, the probability of part failures would also be reduced. Before taking on a commitment to buy a brand new electric car, why not rent the Zoe from us for a short period first. You will then be able to experience an electric car yourself without the long term commitment. If you are still concerned with the maintenance and the battery replacement cost, then our leasing packages would be the suitable low risk option for you!

Furthermore, we also have a few units of used Renault Zoe electric car for sale. These cars are still in great condition and you would not believe how much you can save when compared to a brand new unit.